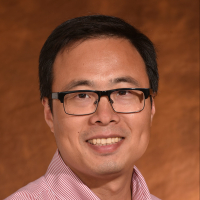 Zhimin Xi is an Associate Professor in the Department of Industrial and Systems Engineering at the Rutgers University – New Brunswick. He received his B.S. and M.S. degree in Mechanical Engineering at the University of Science and Technology Beijing in 2001 and 2004, respectively. He obtained his Ph.D. in Mechanical Engineering (Program of Reliability Engineering) at the University of Maryland – College Park in 2010. His research interests are design for reliability and the applications for reliable autonomous vehicles/robots, lithium-ion batteries, and additive manufacturing. He has published more than 80 papers in prestigious journals and peer-reviewed conference proceedings. His research has been supported by National Science Foundation, DARPA, Department of Energy, Ford Motor Company, Denso North American Foundation, and The Woodbridge Group. He is a member of IISE, ASME, and IEEE. He is the recipient of 2021 ASME – Design Automation Young Investigator Award, 2020 Journal of Mechanical Design - Reviewer with Distinction Award, 2019 Rutgers A. Walter Tyson Assistant Professorship Award, 2016 DARPA - Young Faculty Award. He is the winners of multiple (including twice Top 10) Best Paper Awards from ASME – Design Automation Conference in 2008, 2011, 2013, and 2015 respectively. He currently serves as an Associate Editor for IEEE Robotics and Automation Letters.

Design for reliability and the applications for reliable autonomous vehicles/robots, lithium-ion batteries, and additive manufacturing