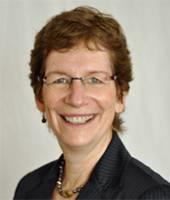 Over 40 years, she helped transform a fledgling department into one of the nation’s best

Industrial and Systems Engineering professor Susan Albin retired this January, after helping to grow what was at the time a newly formed department into one with engineering education and research programs in quality and reliability, manufacturing, artificial intelligence, financial management, and more  that rank among the best in the nation.

School of Engineering Dean Thomas Farris has said that her “outstanding record as one of the top researchers in quality engineering and analytics and the role she played in advancing instructional technology . . . has brought much to the School and to Rutgers.”

In 1981, when Albin was hired after a career in the Bell Labs’ research division, she became the third woman to join the SoE faculty. For Albin, her new job let her and her colleagues start with a blank slate and help to build a department that is now among the top-ranked industrial engineering departments in the country.

“It was a fantastic experience to hire wonderful people one-by-one and to build undergraduate, graduate, and research programs and establish relationships with companies and federal agencies,” she recalls. “This was truly the opportunity of a lifetime. Every one of my years at Rutgers was a gem. This was the best job ever.”

She takes her early trailblazing experience as one of three women engineering students at NYU in stride. “As my mother used to say, I was expected to support myself in the manner I wished to live,” she says. “As a child of an immigrant, medicine and engineering were big. I have two sisters – one’s a doctor and one’s an architect.”

At Rutgers, Albin was an impassioned advocate for active learning and was able to transfer a lot of what she had developed to the online setting necessitated by the pandemic. “I was well set up to deal with it, although the amount of work to teach remotely was staggering. Yet my experience teaching in the spring and fall was extremely positive,” she reports. “My students, who are native online people, were fantastic and so helpful to me.”

A gifted teacher, Albin was selected by her peers as SoE Faculty of the Year in 2020, in recognition of her commitment and achievements that contributed to the university, the engineering profession, the scientific community, and society at large.

Looking back, Albin insists that her students were, in fact, the “absolute number one” thing she most enjoyed during her years at Rutgers.

“Number two was the extraordinarily generous freedom I had to pursue anything I wanted,” she says. While this, of course, included quality engineering research projects, the evolution of big data in her field began to influence her work.  She was also able to devote time to INFORMS – the Institute for Operations Research  and the Management Sciences. “I was president of INFORMS, an organization of some 15,000 people, which now publishes 15 academic journals a year. This was a great experience that was almost like having an opportunity to be a leader in business.”

Her contributions to the organization have not gone unnoticed: INFORMS recently named her a fellow and she will be continuing her involvement with the group in her retirement. “What I’d like to do is develop a platform for anyone who wants it, where people can put course materials online,” she says.

So far, Albin admits her life has been totally transformed since she retired. “I had an incredible workload and hadn’t had much free time the last several semesters,” she says. “Now that my bandwidth has been released, there are so many things I’m interested in and want  to do.”

Since retiring, Albin has been able to do daily aerobic exercises together with four friends and practice tai chi, which she took up 26 years ago. She walks and kayaks along the Delaware and Raritan Canal in warm weather and has been taking a film course. “With my open bandwidth, my curiosity can kick in,” she explains.

“At Rutgers, teaching, research, and service is ingrained,” Albin says. After completing a 40-hour training program and 20-hour internship, she will be able to be of service and assistance to those who call a suicide and crisis hotline.

She sums up her new life by simply stating, “Retiring is the end of one chapter. Now I’m starting a new one.”